About the Author-Jon E. Roeckelein
Jon E. Roeckelein is Professor of Psychology at Mesa College in Mesa, Arizona. A former staff intelligence officer and research psychologist for the U. S. Army, he has taught psychology and conducted psychological research for more than thirty years, including teaching positions at Mesa College, American University, and Arizona State University, and research on intelligence systems for the U. S. Army/Department of Defense at the Human Resources Research Office and the Behavioral Systems Research Laboratory/Army Research Institute. His published books include Elsevier's Dictionary of Psychological Theories (Elsevier, 2006), Imagery in Psychology (Praeger, 2004), The Psychology of Humor (Greenwood, 2002), The Concept of Time in Psychology (Greenwood, 2000), and Dictionary of Theories, Laws, and Concepts in Psychology (Greenwood, 1998). 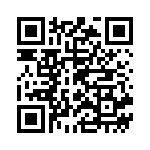